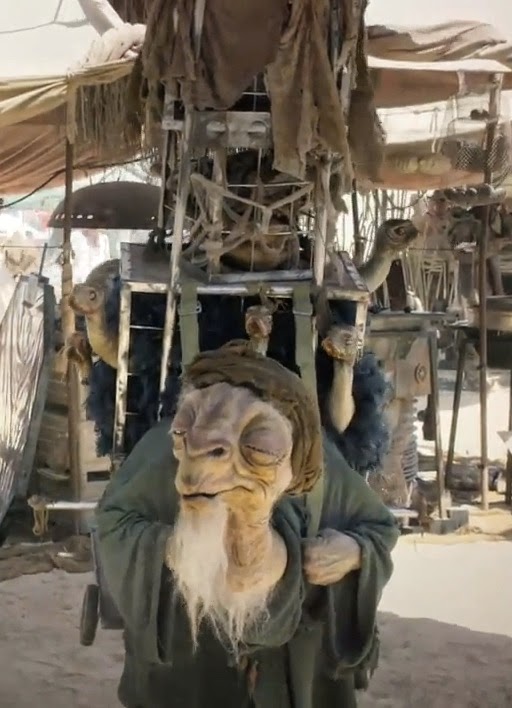 An elaborate, Jim Henson-style alien character was revealed on the set of Episode VII as J. J. Abrams gave fans the chance to win an appearance in Star Wars.

The "You Could Be in Star Wars" fundraiser benefits UNICEF's "Force for Change," an initiative to use technology to help underprivileged and at-risk children. Entries start at $10 for one, with other prize packages capping out at $50,000. People who donate over $25,000 will win an advance screening of Episode VII between December 15 and 18, 2015.

Abrams looks a bit bewildered on a set full of cloaked passerby and ephemera. Let the speculation begin! I love the classic but creative design of the new alien, with his avian passengers.  It's a good cause and a good video from the often secretive Abrams!
Posted by Megan at 7:05 PM