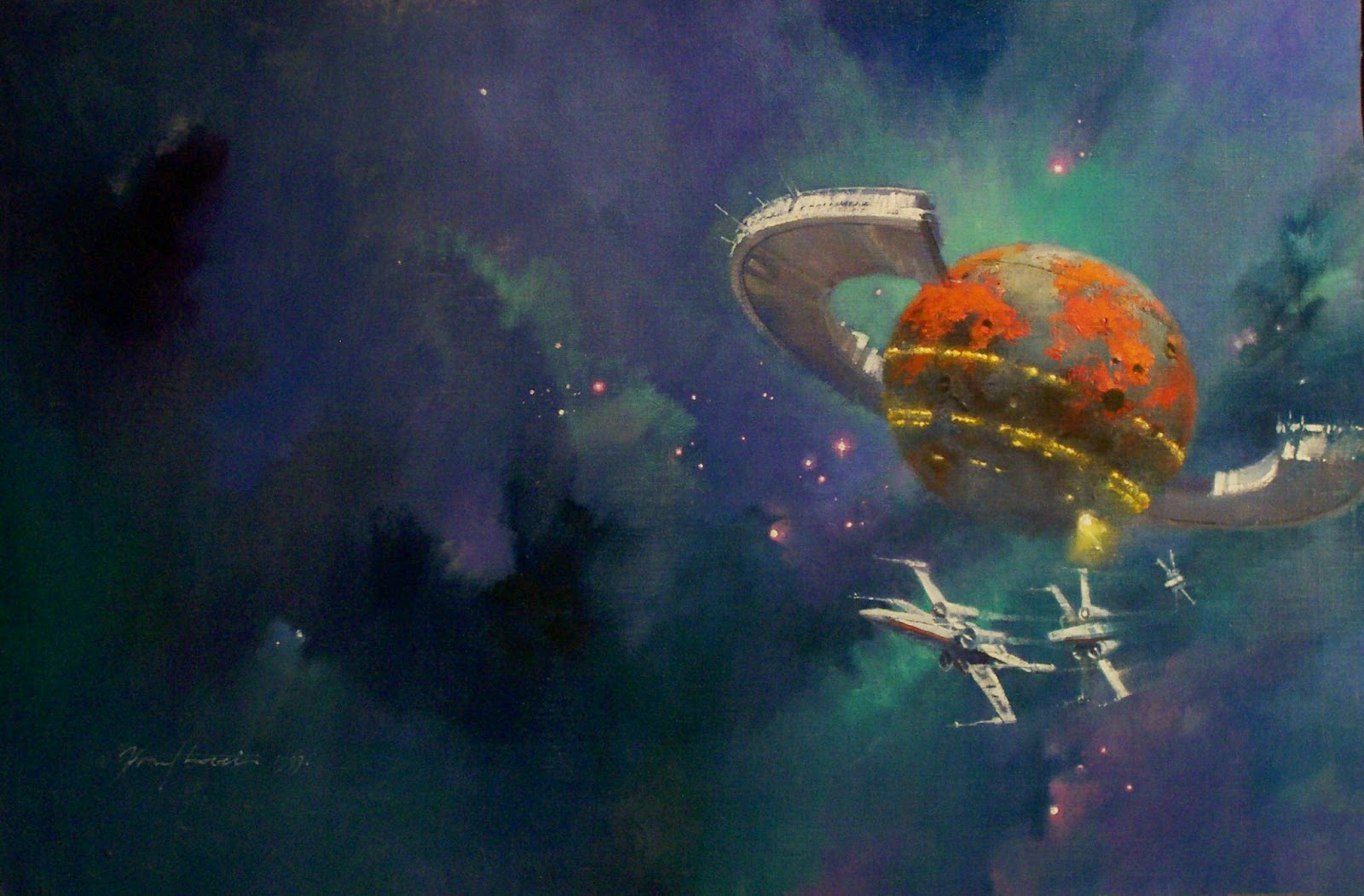 The New Republic feels the first real blow of the Yuuzhan Vong invasion in Dark Tide: Ruin. A bit less structured than its predecessor, "Onslaught," the book varies between distant, encyclopedic accounts of space battles and affecting personal struggles.

Like "Onslaught," it was written by Michael A. Stackpole, and was published in 2000, one month after "Rogue Planet" and the same year as the "Tales," "Chewbacca," and "Darth Maul" comic series.

I did enjoy the book, and still feel that the Solo children facing the Yuuzhan Vong is one of the most interesting conflicts in Star Wars history. The series really digs into Jaina, Jacen, and Anakin's stories, with Jaina being the least angst-ridden of the three. This book features the Solo kids realizing their own smallness, their own mortality, although I wouldn't say it was about that. Like "Onslaught," "Ruin" had some more stiff prose and was slow going at times.

Stackpole tends to skip moments that could be hugely emotional for the characters - Jaina believing that Jacen is dead, Jacen's reaction to the burning of the garden on Garqi, Deashara'cor's conversation with Luke after she returns from her attempt to grab a superweapon. Elsewhere, Stackpole doesn't skimp. He skillfully establishes  the weird relationship between Shedao Shai, a sadist among even his own people, and Elegos A'Kla. Ganner Rhysode goes through a major change, and the book introduces Jag Fel - who is promptly called out on presenting himself a lot like a human supremacist.

Each novel teaches readers more about the Yuuzhan Vong, and one of the things that I most enjoy about the series is the slow interweaving of the plot with the explanation of different castes.  The human side of things was a bit duller in this book, and the climactic Battle of Ithor might have worked better on screen (although the descriptions of the Vong sludge consuming organic matter were vivid and appropriately disgusting.)

I grew to like Daeshara'cor's story a lot, though, and she's a good example of both a female character whose story has nothing to do with love, and of a Twi'lek character who isn't sexualized. She still bears mental scars from the prevalence of Twi'lek slavery in the galaxy. It's a pity that she won't be appearing in future installments.

For the people who have been following along, what do you think of the NJO retrospective so far? I'd also like to offer another question for discussion - What do you think Mara renounced before going to the surface of Ithor?
Posted by Megan at 9:57 AM