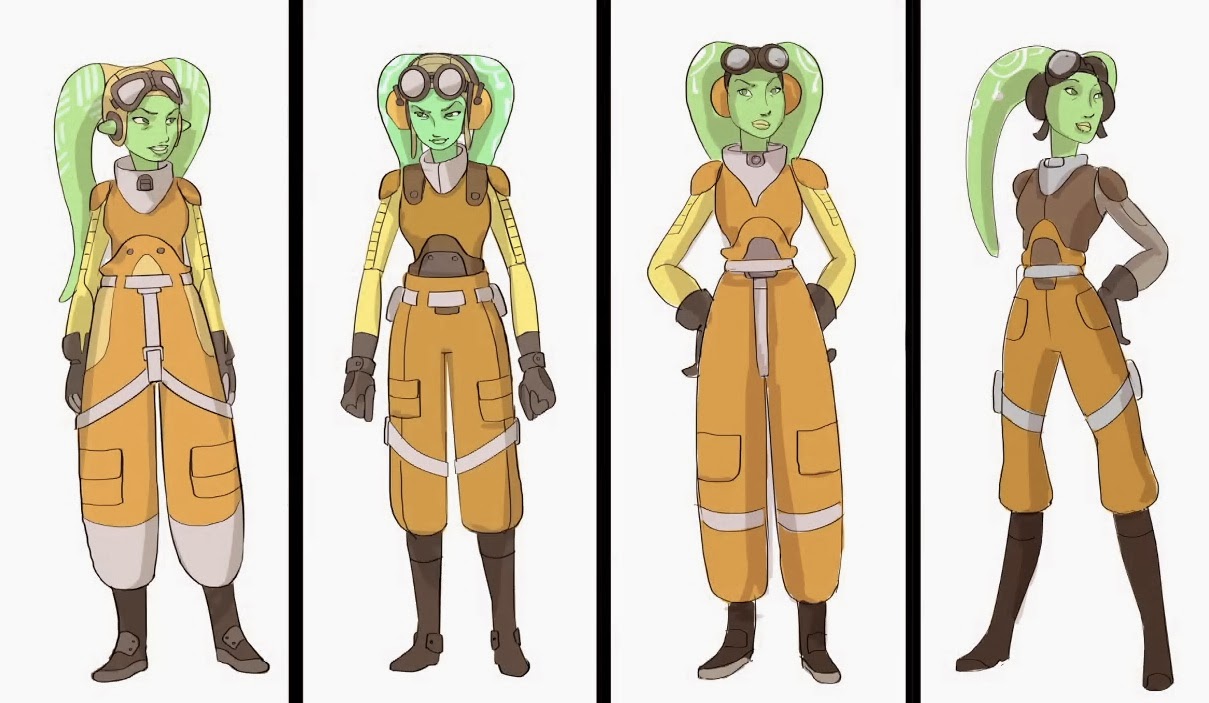 Meet Hera, the pilot of the Rebel ship Ghost. She's described by Dave Filoni in an intro video posted by Entertainment Weekly as the "heart of the group." She commands the ship.

"Hera definitely is a practical and no-nonsense character," said art director Kilian Plunkett. "She wears utilitarian flight gear; she isn't interested in being glamorous - not that she isn't glamorous, but it's not a priority for her." 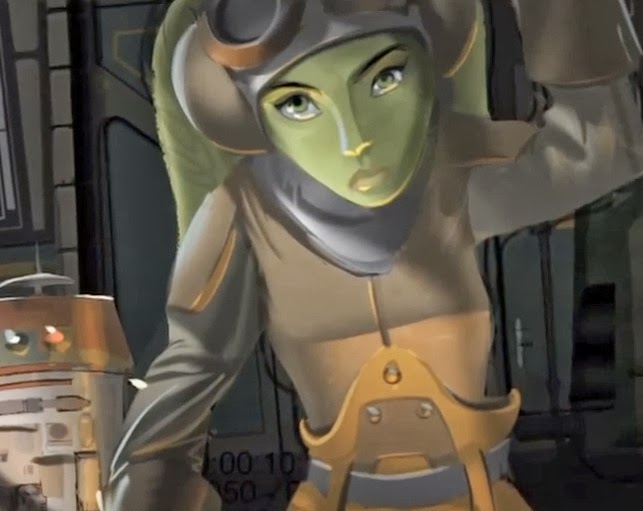 Marshall has been part of the Star Wars universe before, as Jan Ors in Jedi Knight II: Jedi Outcast, Jedi Master Lonna Vash in Knights of the Old Republic II, and additional voices in Knights of the Old Republic. She also played Black Widow in Avengers: Earth's Mightiest Heroes,  Irwin on The Grim Adventures of Billy & Mandy, and various side characters, both human and alien, in Mass Effect.

Today, fans learned that there will be action figures of both Hera and Sabine. In addition, Jazwares will produce Hera-themed headphones which "sport simulated goggles."