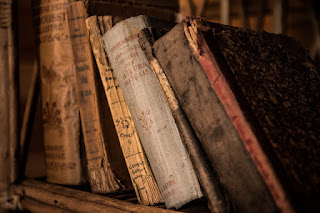 This year was a starting lap. I determined to use my Goodreads account more consistently, and to tally the number of books I read and the number of books by women. Then, I could use these as benchmarks to set goals for next year. I set a goal of 50, and passed it about halfway through the year.

Overall, it was an incredible year for books, and the first in a long time in which I truly added several to my ever-shifting mental top 10 list. Now, there are some books on that list which aren't either Ancillary Justice or books I read while in school. I also finished my New Jedi Order re-read in August. It feels like a long time ago now; there will be more about that in my Star Wars end-of-year post to come.

As far as goal-setting, I now know that 100 books next year should be easily doable, since I checked off 91 this year without changing my behavior significantly. (Several more are in progress, but I don't have high hopes for finishing either Mason & Dixon or The Fellowship of the Ring in the next 24 hours.) The range included Star Wars books, re-reads, young reader books, novels, nonfiction, lengthy series, and, well,  Mason & Dixon, mostly. I did count books that I re-read, as they took up time, but tried not to include a lot of them. Surprising myself, four of my reads this year were non-fiction, three of which (H is for Hawk, Clipping Through by Leigh Alexander, and Leaving Orbit) were excellent.

Before deciding whether I wanted to add a goal of reading more books by women, I wanted to see whether there was even a lack to begin with. C. J. Cherryh, whose books I discovered, adored, lapsed on, and then again devoured, probably skewed the list a bit all by herself. The end tally comes to 39 to 52 in favor of men, so I'll be making more of an effort to read books by women next year, with a goal of half and half.

One of the first books I read this year was also a writing textbook about how to create punchy sentences, intensely realistic fight scenes, and sympathetic, tough characters. I had the pleasure of sitting next to a friend while she finished this one. Highly recommended for yelling about in groups.

While it gets a bit heavy-handed toward the end, the scientific concepts in this one create a unique look at a possible future. Artificial intelligence and environmentalism were the themes this year if my reading had any. Also recommended is this article by Robinson, although the article - heck, even its headline - treads the exact same ground as the novel.

Lightless by C. A. Higgins

I received an advance copy of this book from Del Rey along with a comment along the lines of "this is the perfect book for you," and it's true. I said as much in my Goodreads review, but in short it's a pretty tightly-knit spaceship story with a nicely alien perspective plus some entertaining human characters.

I got into C. J. Cherryh's Foreigner series this year, which I also recommend if you're interested in a very, very slow burn about alien politics. Cherryh's worlds really engrossed me, and while Gehenna is a slice of a larger universe, it also worked as a standalone. A strange clone society and an inhospitable planet provide the backdrop for a vicious, weird first contact story that embraces its inevitable dinosaur vs dinosaur battle conclusion.

The Water Knife by Paulo Bacigalupi

This near-future novel turned out to be more memorable for its world than its characters, but that world is a critically important extrapolation of California's water crisis, rendered in an eco-punk detective story. The noir detective / assassin point of view character is so cool as to be parodic. (Did you notice that it says he drives a Tesla, the text asks? He definitely drives a Tesla.) There were some graphic scenes in this one that I wouldn't recommend to everyone, but it was a highly memorable action/adventure story in a plausible future.

One can also always assume that I'm thinking about the Imperial Radch series, which wrapped up with an inconclusive but brilliant third installment.