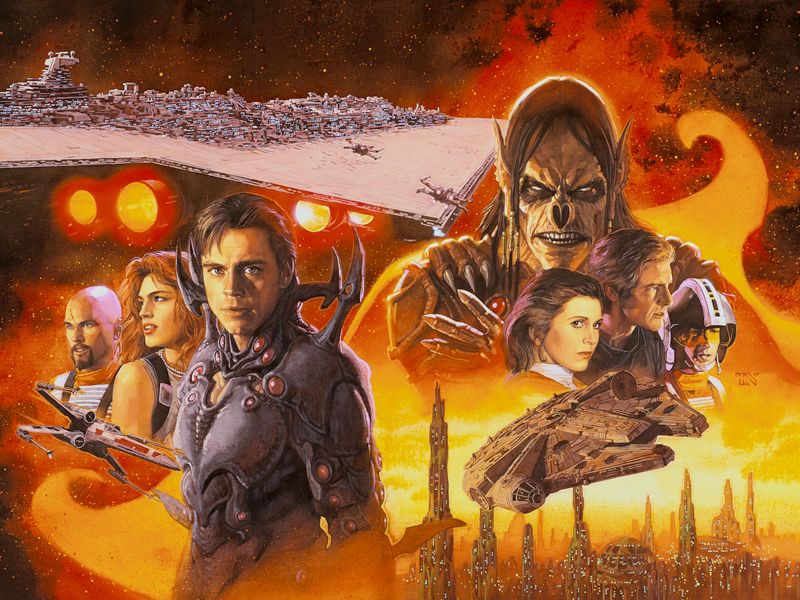 The New Jedi Order was my first passion in Star Wars literature. Soon after seeing the movies for the first time, I got caught up in this ongoing story about Jedi fighting aliens. About ten years later, I’m re-reading the series with a fresh perspective.

I'm very glad that I refreshed my memories of the Enemy Lines duology, because these two books have become some of my favorites in the NJO. Allston's duology simply works, because the characters are allowed to have quiet moments together in interesting situations. It's why Luke and Mara's conversations were a highlight of the story for me, and it's why, in one of the funniest and most important characterization moments, Jaina, Kyp, and Jag have a picnic. Things blurred together in Rebel Stand a little bit, with Leia and Han's plotline fading a bit into the background. But like Rebel Dream, Rebel Stand has excellent energy and dialogue. The apocalyptic view of Coruscant makes for some cool action scenes, although the villain is, like Rocky has said, straight out of the corny Bantam era.

Rebel Stand's Luke felt a little more genuine than the one in Rebel Dream. Instead of eye-rolling at young pilots, he feels tremendously guilty about sending young people like the Myrkyr strike team into battle. He hopes for the day in which he'll "be allowed to quit sending the young off to suffer pain and death." He feels that his enemies force him to take action. While it does remove some of his agency, at least this stance forces him to be more active than he has been for the last few books.


This book contains my favorite moment between Luke and Mara so far, too. Luke has been vulnerable to attack, nearly walking off a cliff under Nyax's influence. He's afraid that the team will think him incompetent. Mara watches over him, even though she admits that she doesn't know how to comfort him with words. This gives both of them a little more humanity, and it doesn't aggrandize Mara's years under Palpatine, as she herself did earlier in the book. Luke and Mara fight so often that it's nice to see the things that actually hold them together. Allston also lays out, in a clear and interesting way, that Luke operates primarily on emotion and Mara is primarily analytical. Both characters have shown those traits many times throughout the series, but having them directly stated is nice. (But Luke, why are you carrying a database of every Force sensitive person you know, in enemy territory?)

Earlier, Mara sings a minor key version of a children's song to the Coruscant team. This reminded me of the Age of Ultron advertisements co-opting "I've Got No Strings" - if they ever make a NJO movie, Mara's lullaby must be in the trailer.

Jaina continues to be enjoyable, and is settling into her relationship with Jag. (By the way, I definitely forgot that Kyp is just two years older than Jaina.) The book has a lot of female characters of varying body types: a resistance leader is "once plump," a Corellian cleanup crew leader is built like a rancor, Vannix's senator is "distinguished" but "not pretty." Allston makes it seem so easy to describe women's appearances as something other than beautiful. Other Star Wars authors could stand to learn from that. "Unlovely" Bhindi, who rigs up a useful droid with two left feet, is becoming one of my favorites. 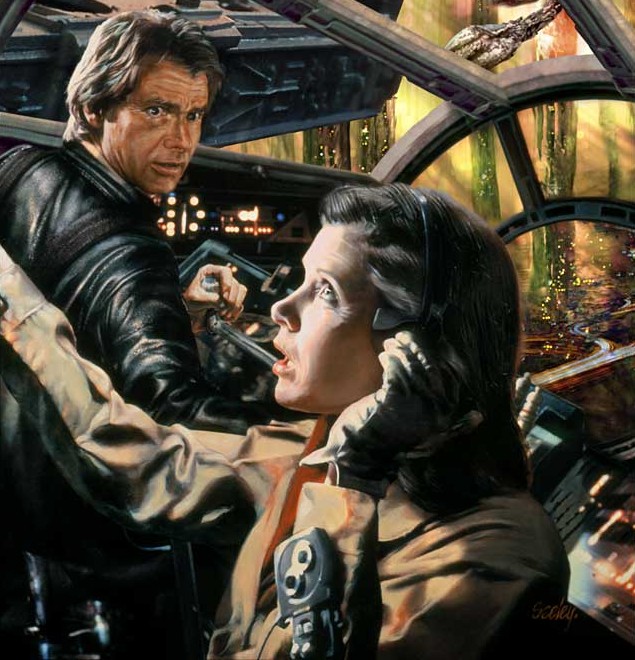 There were so many pleasant, tiny moments in this book. In a wonderful, odd conversation between C-3PO and a YVH droid, the protocol droid actually acts like a linguist. (R2-D2 also says "everything terminates," which made me think back to Anakin Skywalker in the Revenge of the Sith novel. Did the Chosen One ever tell his loyal droid that "everything dies"?) Tam and Tarc form a nice alliance. I still don't like either of them, perhaps because of my lingering distrust of the Tam who not just became a spy for the Yuuzhan Vong, but touched Danni's hair while she slept. There are a few very notable asides, including Tsavong Lah's strike against the priests, and Leia enjoying her ability to deflect blaster bolts. Just one sentence is dedicated to Blackmoon squadron's leader having a mental breakdown from stress.

In every plotline except Nyax's, the seriousness of the situation is balanced with a levity that makes me think the Republic might just win the war. (Of course it will, but in Rebel Dream, things looked much more grim.) Although they're still on uneven footing with the rest of the Republic, it was nice to see Wedge's forces and the Skywalker-Solo family have some old-fashioned adventures.
Posted by Megan at 2:18 PM