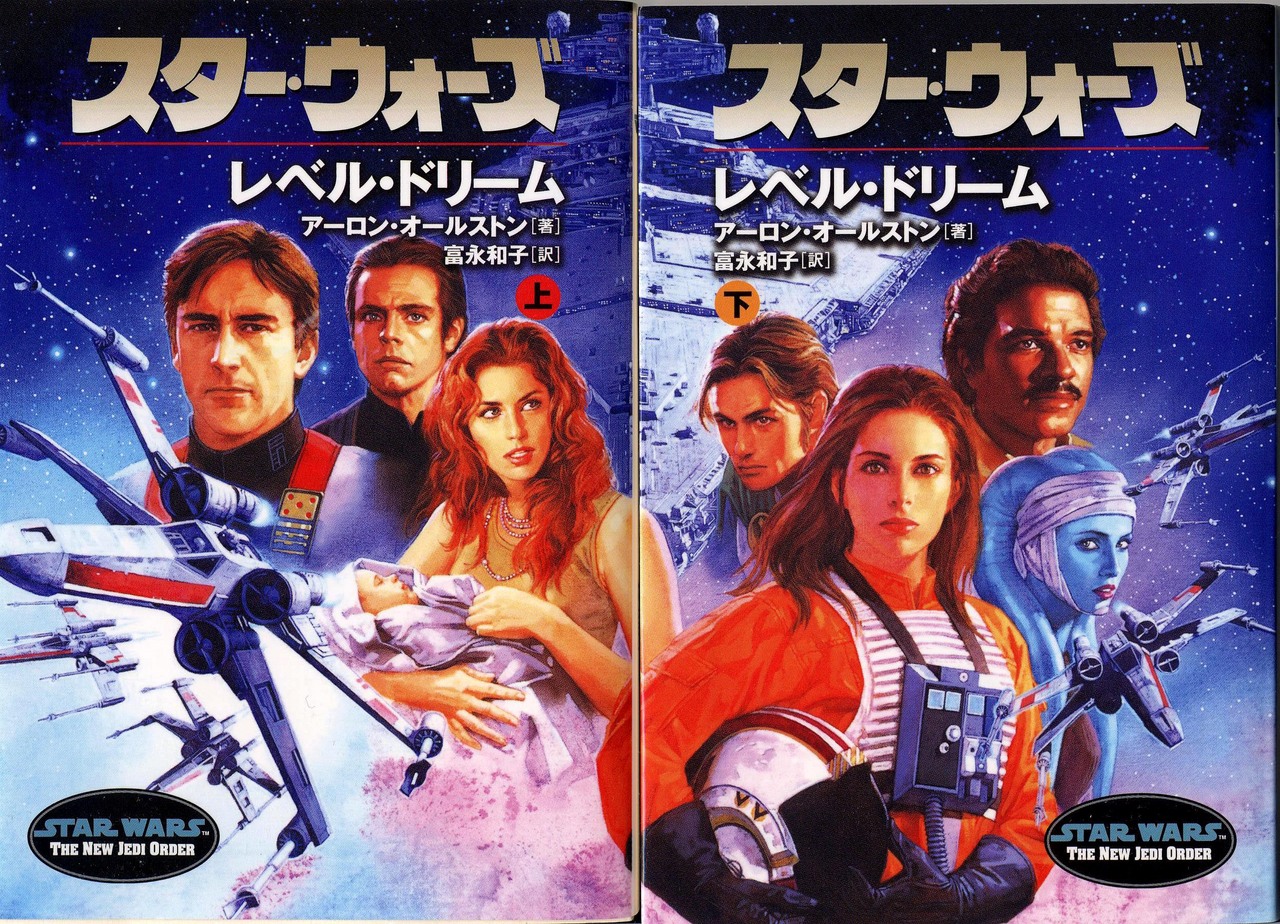 The New Jedi Order was my first passion in Star Wars literature. Soon after seeing the movies for the first time, I got caught up in this ongoing story about Jedi fighting aliens. About ten years later, I’m re-reading the series with a fresh perspective.

I’m not sure whether I’ve ever read Rebel Dream before. It’s possible I’d forgotten, although it was a good book with vivid scenes. Somehow I never got into the X-Wing books, and did not have any other notable experience with the late Aaron Allston until his standalone novel Mercy Kill, so perhaps I never got a hold of the Enemy Lines series as a teenager.

What a pity. Orbital bombardment and a party is a heck of a way to end a novel. This is such a great book for Jaina too, showing her competently leading an X-Wing squadron at the same time as fighting what I realize sounds like depression - a quiet inability to care, or to really feel her own emotions. She intentionally tries to push people away so that they won’t be hurt when she dies, but really she’s distancing herself from the people she fears to lose. This isn’t a case of Force philosophy like Jacen’s decisions are to him - it’s entirely personal.

Jaina's relationship with Jag takes off in this book (...pilot pun!) but it’s when she confides in Leia that she really opens up. The image of Leia and Jaina lying down together was so moving, such an important quiet moment in an oppressive war. Jaina becomes a very different person than she was in Dark Journey, willing not to sacrifice, but to save - and Kyp has changed too.

But boy is the war oppressive. It isn’t just Jaina who doesn’t expect to survive: Lando doesn’t either. The Yuuzhan Vong have seeped far enough into the galaxy to have made indelible marks on the entire cast, including making the Jedi more like their enemies. Fear reminds Jaina that she’s still alive and that she’s gotten out of her depression, and also helps her understand the Yuuzhan Vong. As she and Wedge harry them on one front, Viqi Shesh is doing the same in a much more compromised, much slimier position with Tzavong Lah. Her knowledge of the aliens helps her manipulate them. She’s attracted to Tsavong Lah, but repulsed by the same rotting implants that lower his esteem among his own people. (I don’t ship it.)

Mara’s feeling the strain too, although her perspective seemed out of character for me: she’s always been willing to jump into a fight, but doesn’t want to leave Ben behind with Han and Leia so that she can accompany the strike team to Coruscant. I’m not used to her holding back. Didn’t she say somewhere that having a child wouldn’t stop her from fighting? Her argument with Luke felt like drama for the sake of drama to me. But it does make sense that she sees herself as the best protector for Ben, and wants to be sure to keep track of him.

We only got a taste of the Coruscant strike team here, but I’m looking forward to more, especially with Tahiri on board and the Skywalkers donning cool Yuuzhan Vong armor.

However, I’m not sure how I feel about the New Jedi Order’s Luke. For a long time he hasn’t shown the compassion that I felt was his hallmark. Luke in the Original Trilogy is a contradiction, since he is both the man who Force-choked his way into a mob palace and the one who believed there was good in the galaxy’s darkest enforcer. In the NJO he has been so laissez-faire, and then argues with Mara about their own son. Luke and Mara’s relationship has always involved spirited disagreement, but there’s another moment that bothered me too: Luke’s annoyance with his green wingmate. Instead of seeing her as a student, he sees her as an annoyance, and that didn’t sit right with me. Was the Luke in the NJO ever the pure hero I wanted him to be? I may be having a Luke existential crisis. 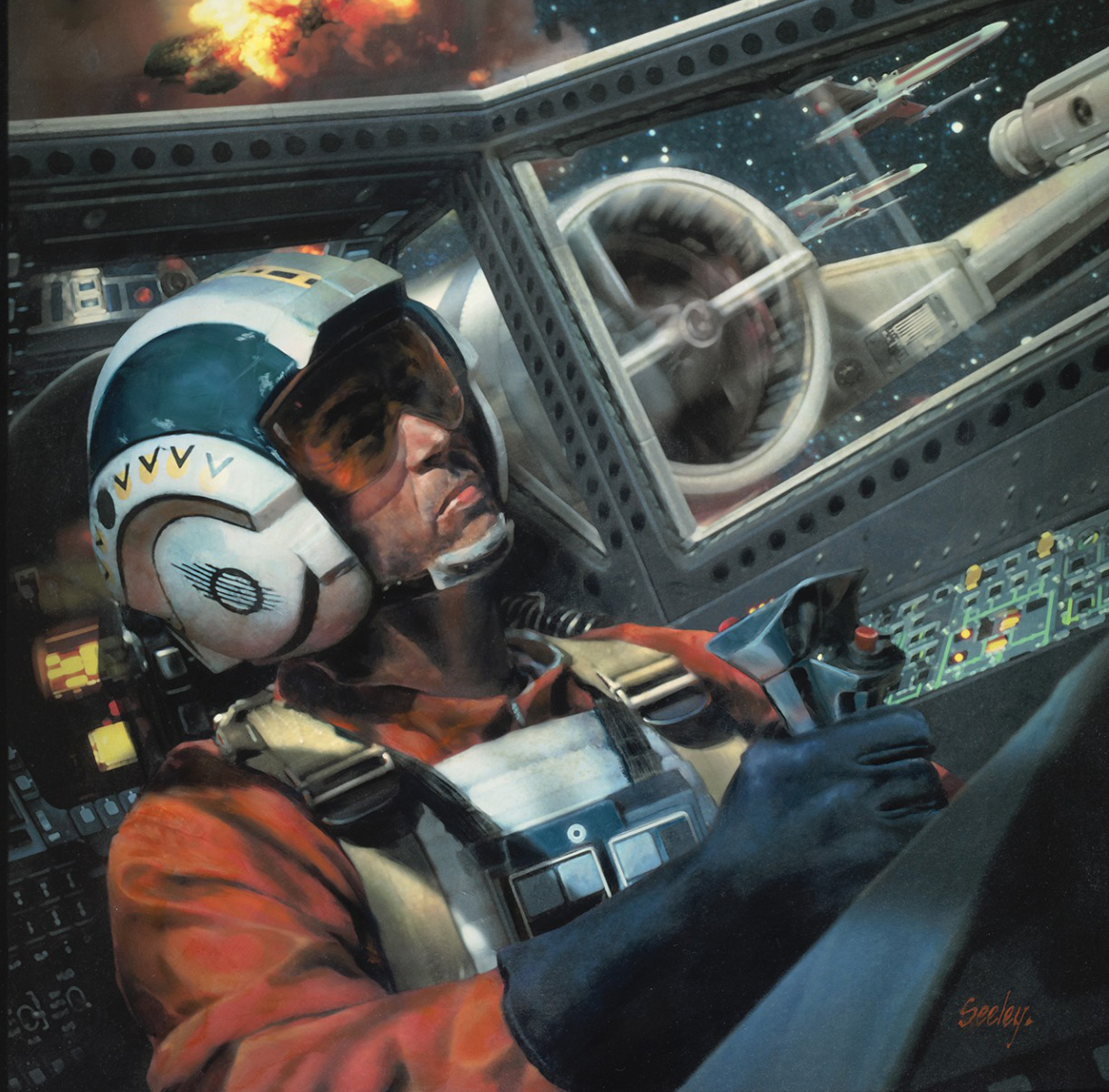 Luke’s old pilot co-conspirators Wedge and Tycho are both military-tough and amusing, and, of course, Wedge plans that delightful orbital bombardment. Like the other authors who brought their unique spin on the Star Wars style to the NJO, Allston shows his strengths: dialogue, humor, emotion, and space battles. I was glad to see Danni Qui having a small but significant part of the plot too, working with Iella to throw off the grotesque, somewhat pitiable spy Tam.

Near the end, Jaina is described as moving not like any Yuuzhan Vong creature but like a Yavin IV piranha beetle. It was one of the few metaphors in Star Wars fiction that I saw really working on multiple levels - Jaina isn’t a Yuuzhan Vong creature, even though she is convincingly masquerading as their goddess. She’s a Jedi through and through, and her heart remains tied to the place where she grew up with her brothers.

Finishing Rebel Dream, a book to which I had no emotional attachment before, made me really realize that the New Jedi Order means a lot to me, not just for the nostalgia factor but also as an adult. Jaina’s journey is understandable and inspiring, and the whole book pointed to it all along - Rebel Dream is the name of Leia’s flagship, and Jaina is Leia’s hope.
Posted by Megan at 6:31 PM