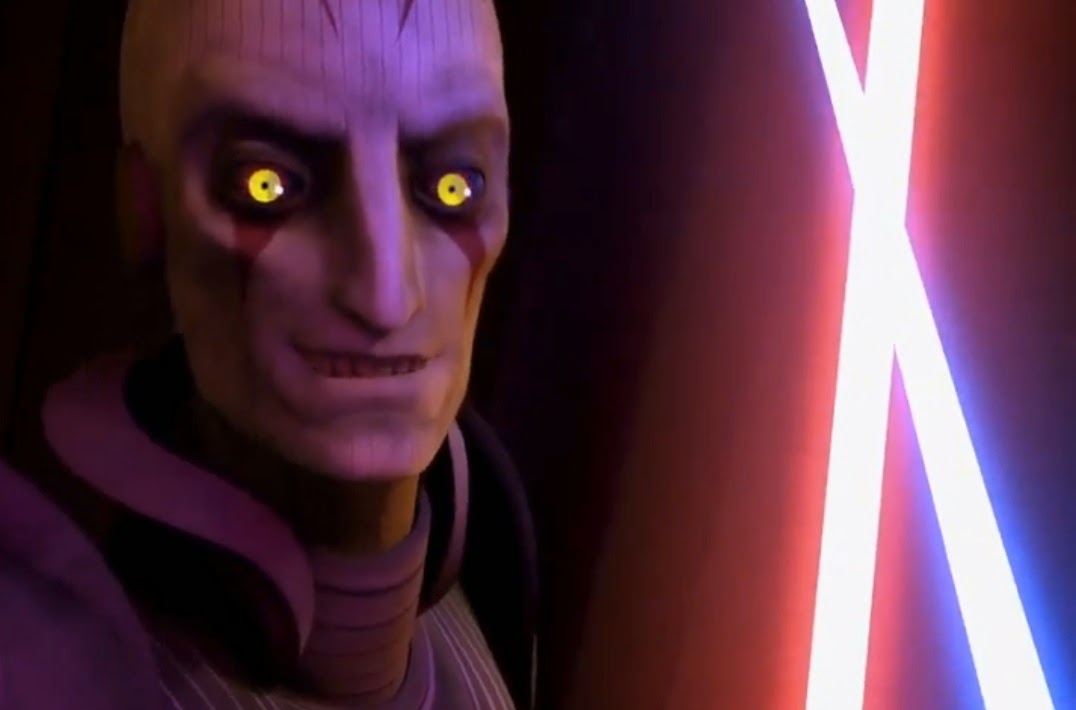 "Rebels" is an interesting beast. While it has already been renewed for a second season, some fans feel that Rebels fervor will never compare to the loyalty inspired by six seasons and a movie of "The Clone Wars." Three episodes in, not counting the two-part Movie of the Week, Rebels has grabbed me more with what it hasn't shown than what it has. When will we find out Hera's backstory? What makes Zeb and Sabine work so well together? What role will Zare and his family, introduced in the junior novel series "Servants of the Empire," play in the show?

I put two Rebels reviews out since my last post, both at Den of Geek.

"Fighter Flight" got my attention quickly, because with the reference to flight in the title, I thought it might be about Hera. Instead, Zeb and Ezra star in a decent story that suffers from inept stormtroopers and low stakes. It's funny, but feels like filler.

Then there is the exquisite episode "Rise of the Old Masters," which introduces Jason Isaacs' Inquisitor and some of the best writing in the series so far. It fits perfectly in with Kanan's story from "A New Dawn," and explores what "do or do not, there is no try" really means. This episode made me think differently about that tenet of Star Wars lore, but it didn't feel like the show was fawning over what had come before. "Rise of the Old Masters" challenged previous Star Wars stories while retaining the heart that made them feel universal, and I hope that Rebels can continue to do that.
Posted by Megan at 5:34 PM