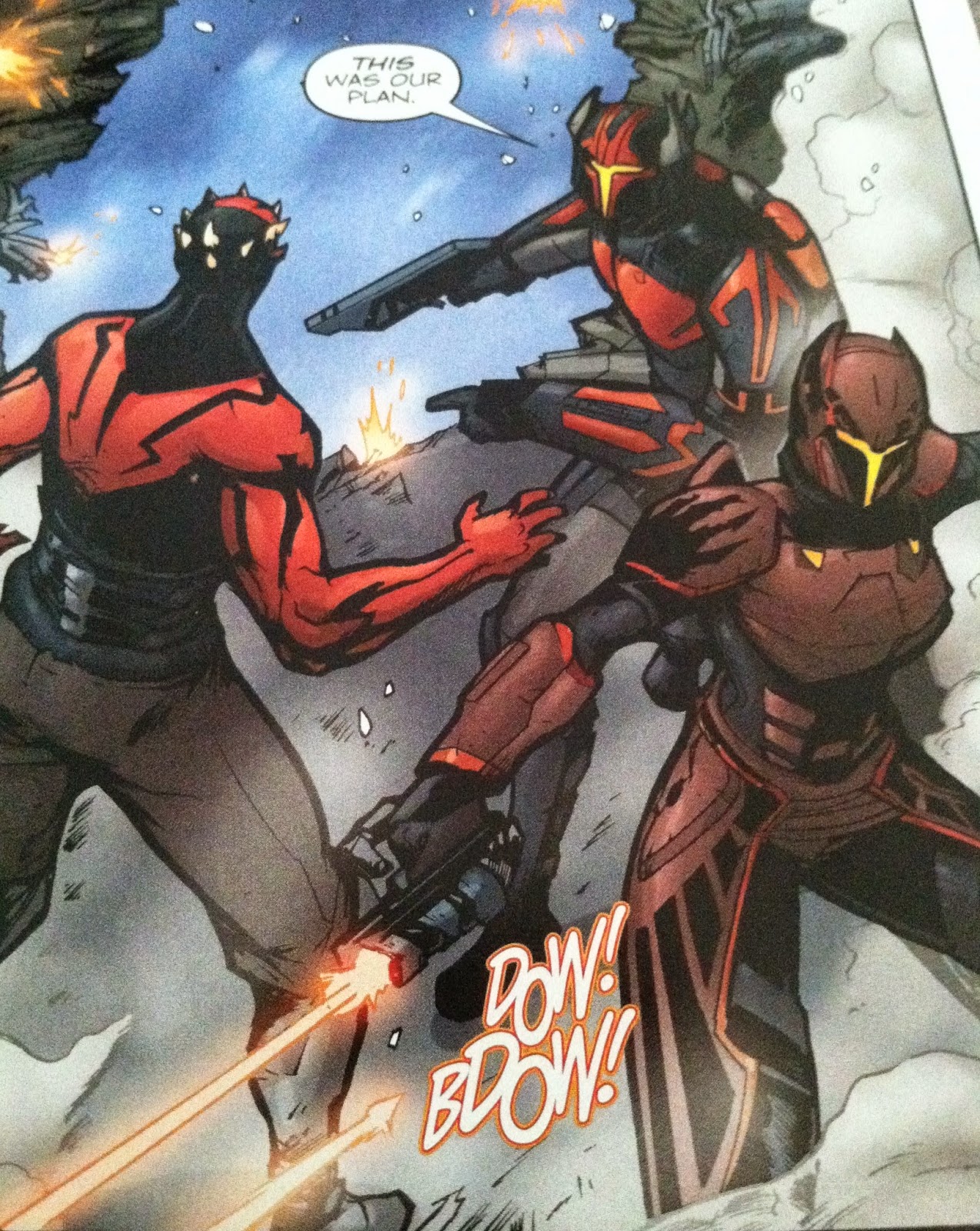 Darth Maul: Son of Dathomir #1 is not perfect, but it's very good. The story moves along quickly - Maul is hardly in Sidious’ custody long enough to establish the new relationship between them, and the final fight is brisk. The art loses detail at times and seems to replicate panels from other Maul stories in others. Maul’s dialogue is elevated, other characters’ even more so.

However, the rest is very, very enjoyable.

Maul’s story continues where “The Clone Wars” left off, with two new Mandalorians, Rook Kast and Gar Saxon, retrieving him so quickly and neatly that Sidious might have planned for it... It’s a thrill to know where Maul ended up after the show, and I’m appreciative to Disney and The Clone Wars crew for bringing that story to life in some form. We learn Sidious’ plan for Maul in the first issue, and it’s a satisfying, sensible one.

The action scenes in “Son of Dathomir” would have looked great on the screen. Both Dooku and Sidious are searching for Mother Talzin, another interesting link to “The Clone Wars” and a female villain who operates in shades of gray.

For all the brevity of Maul’s captivity, the dialogue is sharp: the comic starts with “It would be wise to kill me." It shows so much about what Maul thinks when he calls Dooku “Jedi.”

The final fight was heavenly for a fan who grew up on alternate universe fan fiction. Pitting characters from different eras against each other was a big part of what I read and wrote, so to see something I never thought possible, now made possible by The Clone Wars, was a thrill. The fight was brief, but might not be the last - and maybe the characters are outmatched to the point that it would have to be brief. It reminded me very much of the first fight between Darth Maul and Qui-Gon, all swirling cloaks and feet light on the ground, just a prelude to what comes later. A lengthier brawl would have been nice, but the one we got is a taste, the announcement to get the betting pool going. “Son of Dathomir” knows what it’s doing, and I look forward to more.
Posted by Megan at 11:10 AM