Hollywood Reporter got the scoop on Sabine, a Mandalorian graffiti artist who is a member of the Rebels crew. That's not a phrase I expected to type outside a tabletop RPG game - which is a compliment. It's a creative combination. 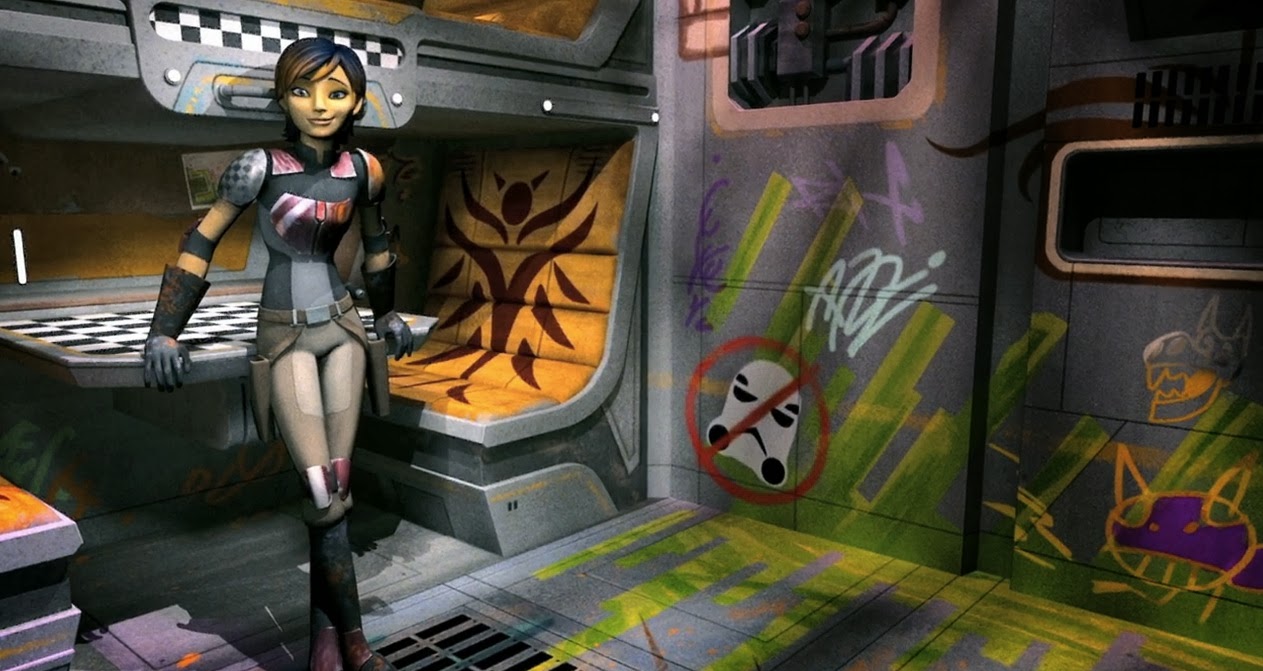 Sabine is described as skilled with both paint and explosives. (She's also described as "feisty," but considering that the last revealed character was "the muscle," I can't complain - they're going for easily identifiable types on purpose at this point.)

"She's adding something that we really haven't seen in Star Wars before," said Joel Aron, Co-Supervisor of Lighting and VFX, in the video from  Hollywood Reporter. "You have a character that is expressive and creative through art."

The last  artist I can think of in the Star Wars world was the musician Juval Charn in Shadow Games, a book which left me wishing that her art was more a part of her story.

Sabine's mottled armor looked messy and glaring to me at first, but it seems to really fit her cheery, imaginative personality. The Rebels are going to need someone who can think outside the box. The addition of a Mandalorian to the team should also draw a lot of interest, from fans who enjoyed Boba Fett, Bo-Katan, or Karen Traviss' Star Wars novels.

(As an aside: Sabine introduces herself as "Specter Five"- I wonder if the whole team will have code names?)

Satine is played by Tiya Sircar, who also voice-acted in Walking With Dinosaurs 3D and Phineas and Ferb and acted in films and TV including 17 Again.

The Hollywood Reporter piece is a bittersweet reveal, as the two girls are the last two characters to be officially announced, and Disney put out a press release at the International Toy Fair that aimed Rebels toys squarely at "the boys' aisle."
Posted by Megan at 1:46 PM