I'm still recovering from the weekend of New York Comic Con, which I spent with friends, Fangirls, bloggers, and Del Rey staffers. That cut into a couple of my long-term projects, such as re-reading the New Jedi Order and immersing myself up to the eyeballs in Darth Maul: Lockdown, but also was a ton of fun and gave fans new Rebels information. I've given some comments about Rebels at Fangirlblog, and also have a rundown right here:

I fulfilled a life goal of staying up late into the night talking about Jedi over drinks, and explored the con in a rather backward fashion. First thing on Sunday morning I met Ashley Eckstein, Jason Fry, and Ryder Windham at the DK Publishing booth, then headed to the Artists' Alley. NYCC has moved its artists out of the main hall and into a separate show floor at the end of a hallway, which seemed to me to handle large volumes of traffic nicely and made the convention center as a whole feel less crowded. I saw Corinna Bechko, Katie Cook, and others, and inadvertently advertised a little for my mother's jewelry business. If you asked me about the octopus necklace, her site has the answers. Finally, with 20 minutes left in the convention, I dashed through the big exhibits like Dark Horse Comics' booth. 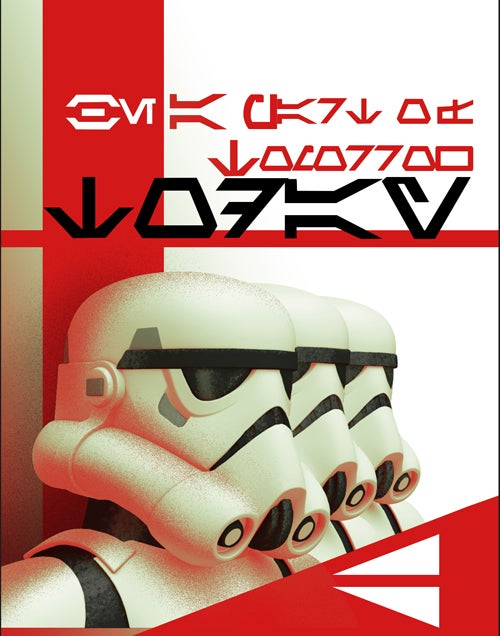 Rebels art and Imperial propaganda materials were revealed at the panel on Saturday. My full response is here. I'm looking forward to the show really exploring the in-universe culture of the Dark Times era, although the villain's design is nothing new.

I haven't read the NJO since I was a teenager, and thought it was about time to return to one of my favorite eras of Star Wars. Keep an eye out for NJO-themed articles throughout the year.
Posted by Megan at 11:41 AM