Megan's Guide to the Star Wars Books of 2013 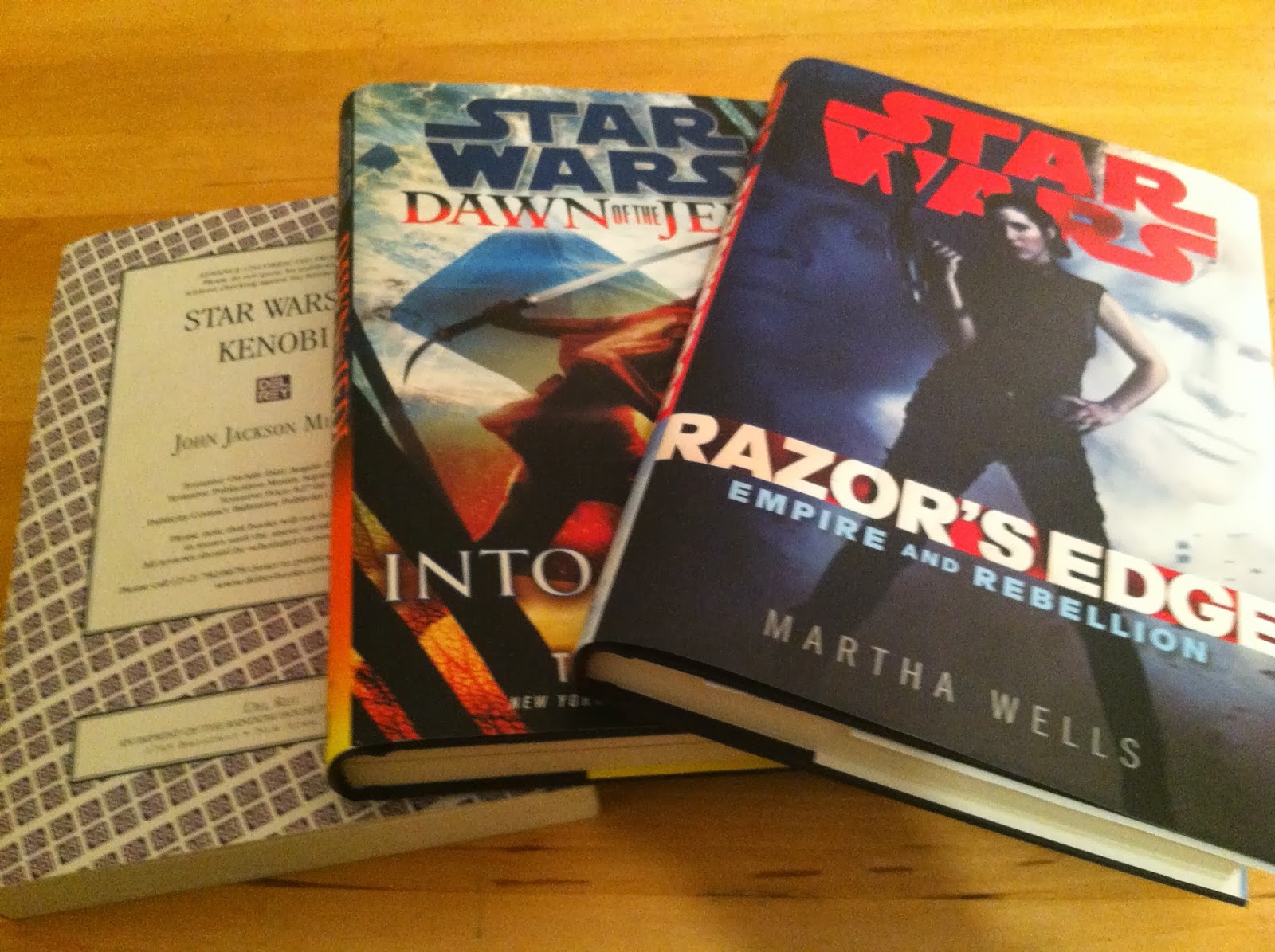 Six Star Wars novels targeted toward adults came out this year. I felt that one novel every two months was a lot, but in fact it's quite average - five came out in 2012, and 2011 saw eight, including two in November.

In my opinion we got two or three quite good novels this year, one that was eminently skippable, and a few in between that might be good to buy if you like certain eras or characters. It's a bit early for end-of-year lists, but with the next Star Wars book coming out in January, it's not a bad time for a wrap-up.


The six books this year were:
Out of these books,  two have female lead characters (one white and one dark-skinned), three have white male leads, one (Crucible) is basically about a trio, and none have alien leads.

Two female leads out of six don't make for equality, but that is more than usual, as sad as that may be. In addition, Leia Organa and Into the Void's star Lanoree Brock were very different people - one a Jedi, one a senator, one firmly on the side of good and the other swaying between light and dark.

Four of the novels are set some time between Revenge of the Sith and Return of the Jedi, with the other two being placed on the far ends of the Expanded Universe timeline. Most of the novels feature movie characters in one era or another, with The Last Jedi using recurring book characters, and Into the Void introducing all new faces.

In terms of critical review, Kenobi and Razor's Edge got high praise from fans so far, with Crucible being extremely divisive and catching the most criticism, while the others fell in the middle.

In my opinion, some of these (Scoundrels, Kenobi, Razor's Edge) would be good for readers who have never gotten into the Expanded Universe and only know the characters from the movies, while The Last Jedi and Crucible absolutely require knowledge of multiple EU books that came before them. Into the Void works as a standalone, but someone with absolutely no knowledge of  the Expanded Universe might be confused by how unlike the Star Wars movies it is, and after reading them in opposite order I thought that reading the Dawn of the Jedi comics first might also help.

Everybody will have different preferences, but here's my list of  the novels this year, ranked from most favorite at number one to least favorite at number six. There are links to my reviews in each title if you want more background on how I chose, but in short I put emphasis on writing style and craft, characterization, minority representation, and memorable scenes. There's a little personal bias too, since everybody has favorite eras, but take into account that Han Solo was never one of my favorite characters.

I look forward to more next year! What were your favorite Star Wars novels of 2013?
Posted by Megan at 5:19 PM