It's Not About The Catsuit 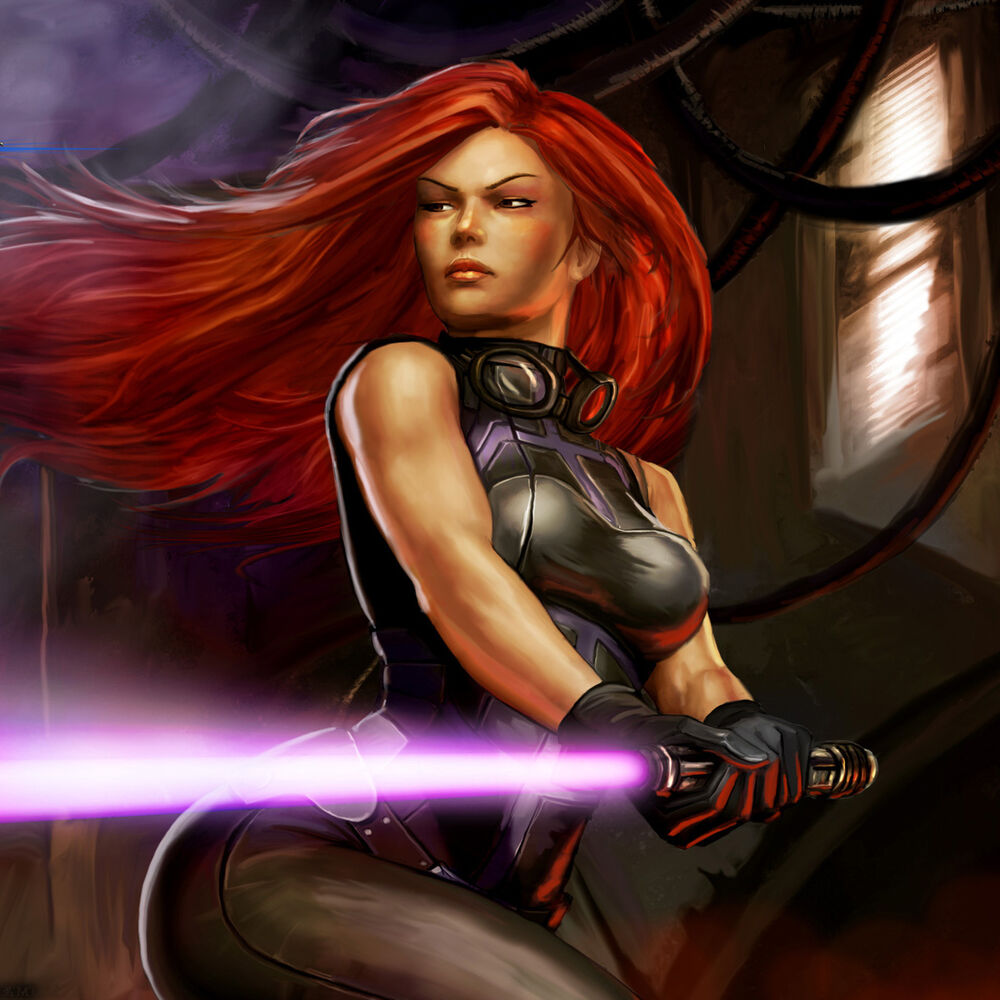 Club Jade posted an excellent article today about the problems with female fan favorite Mara Jade's costumes. The article focuses on the practicality of the costume as well as the tendency in some art to make it sexier than it was originally. Mara has also been the focus of Tosche Station's costume design contest, aiming to provide an alternative to the outfit pictured above.

I really love all the discussion that's going on in the fandom right now about this character and what she means to the fans. Mara has been around since the EU began, and set the mold for almost all other female characters in the franchise. However, the more I thought about the discussion of the bare-armed leather outfit colloquially called the "catsuit", I realized I didn't really care about that as an issue.

The Club Jade article states that the catsuit itself isn't the source of the problem. I agree, but I have to add that it's simply the straw that broke the camel's back. It doesn't make her a "cheesecake" character (to quote CJ) all by itself, but neither would it make her one at all if she had other, less perfect traits as well.

They see the catsuit as something of a tipping point: "Mara’s a character whose innate personality makes her engaging."

This I disagree with. Mara's a character whose personality is effortlessly cool, positive, and not too difficult to sum up in a few words. That is not the same as being engaging. Mara suffers but it is in grand ways, noble ways: war, disease. She is effortlessly, gratingly cool. Little to no negative things that happen to her are her fault.

This is not characterization.

"I'm not a victim. And I'm not prey," Mara says in the comic book By The Emperor's Hand. "I am the ultimate predator." In the comic she's serving the dark side, but the quote seems just as applicable to her career as smuggler or Jedi. Yes yes, very inspiring, very frightening. These words would sound just as natural coming from Darth Maul, or a Yuuzhan Vong, or any number of video game protagonists designed to be a shell in which a player vicariously beats up bad guys.

I'm not even going to get into how her snappishness toward and around Luke Skywalker - a character who prizes Zenlike calm - somehow translates to true love.

I don want female characters to be more awesome: I want them to be more human. Luke is cool, but he is a distinct character with human flaws (the whining, the getting shot with training lasers) and a culture. He looks at things like a Tatooine farmboy, comparing a trench in wartime to a desert canyon. Mara looks at things like...what, exactly? The hook should come before the awesome. With Mara it works the other way around.

Mara wears the catsuit because it, like the rest of her, is designed to be appealing. Mara is not too good for her costume. The catsuit may be a problem, but it's only ancillary to a bunch of others that can't be fixed with a drawing.
Posted by Megan at 3:52 PM