Could what looks like a positive voice for fandom be a rip-off instead? Recently, the Office of Transformative Works pointed out fans' displeasure with the legalese drafted for Random House's fan fiction contests held at San Diego Comic-Con.  At the convention, fans recorded five minute segments of their own writing. Random House then produced a video praising the event and announcing that it would occur again at Star Wars Celebration VI. It's not only Star Wars fiction that's eligible - a number of Random House properties are eligible for the Grand Prize, while other portions of the contest are open to any fandom at all.

OTW's blog quoted a tumblr user, who said of the official contest rules that “There’s no language at all to protect you”, and noted that Random House gains the rights to your story for perpetuity. Random House went through some neat legal barrel rolls to make this contest possible at all, and this post aims to see what exactly they do - and fail to do - for the fans.

Keep in mind that the rules for the Celebration VI contest, if they are going to change at all, have not yet been officially released. The following is based on the SDCC rules. This set of rules states that there will be one Grand Prize winner from a fandom based on a Random House property,  five runner-ups, and one winner from a non-Random House property. It is unknown whether there will be the same opportunities at CVI, which would lead to twelve winners in total. The winners will have their work featured on a Random House Audio Books podcast.

When I first read Random House’s announcement, I was thrilled. It looked like the highest step fandom has yet taken, the closest we've come to fans being allowed to create licensed products (at which point everything is equal because everything is free of ownership). That’s the nature of the beast.

The above tumblr post, though, points out some disconcerting aspects of the complete rules, noting that writers who enter are signing away not only their work, but their very right to create that work.

Modern copyright law is fickle. What would have been legal in the 1800s is not now. I’ve repeated ad nauseum before that Hamlet is derivative. Sometimes it seems like “original” and “originality” are two completely different things: if a work is popular enough and brings enough new skills and information to a story, it counts as original. There have been periods in history whether authorship alone determined ownership, but today in the United States is not one of them. Fan fiction today requires loopholes.

Random House starts its conquest of those loopholes by negating a contradiction: using the phrase “original fan fiction”. Later they specify the term and make a neat definition of fan fiction.It is work  "written and created solely by [the fan], but which is based on and derived from the authorship of one or more previously published works of popular literature and/or films (collectively “the Underlying Copyrighted Work”) which are owned solely and exclusively by the author(s) and/or copyright proprietor(s) of such Underlying Copyrighted Work (referred to herein as “the Author”)." I like this. This creates a legal space in which to define and practice fan fiction while acknowledging its derivative status.

The next sentence, though, could be surprising to an author: " I acknowledge and agree that I may not use the Underlying Copyrighted Work, in any other manner or for any other purpose. Without in any way limiting the foregoing, I acknowledge and agree the Underlying Copyrighted Work is owned exclusively by the Author." This is troubling - and vague - when used in reference to online work. Does the author then lose the right to publish their stories online...even though they had no right to do so in the beginning? I don't think so.

If they had wanted to crack down on fan writers, they could have done so a long time ago. Plenty of fan writers advertise their work on their facebook pages under real names, although the vast majority prefers to remain anonymous. There's this passage here that sounds like the undersigned is incriminating themselves: "My Work is derived from and legally dependent upon the copyright of the Underlying Copyrighted Work, to which I have no rights, or the license or authorization to create such a derivative work." 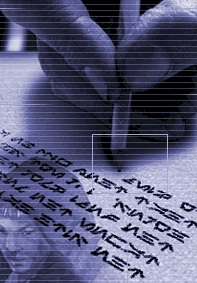 Again, there is the sense that the contest (and the sound booth) is a legal gray area where things that are usually not allowed are temporarily permitted. The contest seems to be saying that performing the work required for admission is illegal. But if that is the case, why permit the contest at all?

A lot of the more questionable section seem to me to be a necessary way to cover all the bases. Consider the following: "Without limitation, I shall acquire no copyright or other ownership of the Underlying Copyrighted Work as the result of my activities hereunder." Of course no fan writer will be handed the reins to the canon, but this sentence has to be in there just in case someone tries to claim it.

The sentence most in question is "Entrants will be required to sign a Submission Form/Release acknowledging that the Fan Fiction is derived from and legally dependent upon the copyright of the previously published work upon which it is based (the “Underlying Work”), and therefore Entrant has no legitimate independent rights to either the Underlying Work or the Fan Fiction".

Winners also "agree to Random House’s use of their name/likeness and Fan Fiction submissions and recordings for commercial purposes without notification or compensation".

Some fan writers have stated that they will not put their work out to a publisher unless they have a promise of payment. On the other hand, fan writers are not making any money now. They won’t be making any money then. Unless the sound booth is a trap designed to take names and sue everyone (something any organization could do in a much easier way) there’s nothing to lose. Random House is trying to show its support for fandom, and this way may not be perfect but it’s a good way to do it. The legal document is a compromise.

I have been writing for nothing but the love of it and the community of the fans for about ten years now. If I had wanted to own my work I would have stopped writing fan fiction a long time ago. My primary goal is for these audio recordings to come out and for enough people to listen to them that somebody who hasn't yet realized that there is fan fiction better than 50 Shades of Gray realizes that. I would like my name displayed beside a story I had written, but I also see no reason for Random House to avoid displaying it. The question is whether the owner of a property has the right to use a fan writer's work in the same way that fan writer uses the property. Random House is only asking permission to use fans' work as fans have used the original.

Of course, I don't like to think of fan work as theft. Star Wars fan fiction can be as different from the original films or book as Hamlet was from Amleth. Shakespeare just happened to be several hundred years late to perform his works in front of the others who had used his source material.

Perhaps the argument comes down to the attitudes an author would have. I’ve read a lot of authors saying that they don’t write fan fiction for money - they do it because they love it, and love the communities in which they find it. In a way, Random House’s legalese is a test: are you really willing to do this for free? It’s also entirely unlike the range of rights respectable publishing houses give their authors.

Random House put in clauses to save themselves. I doubt they’re going to use fan work or the image of an author exhaustively, simply because it isn’t as lucrative as material from established authors, but maybe that’s twisted positive thinking engendered from ideas such as 'fan work isn’t good enough to be worth using, so I’m not afraid to give them my work to use.'

I'll be doing a lot more thinking about whether I want to participate in this contest, but probably more about what work I want to submit. Legal arrangements like this aren't better than tossing everything into the public domain and letting the next Wicked or Hamlet (or 50 Shades of Gray) emerge, but it's better than nothing, and nothing is what we have right now. I hope that the legal space that Random House has created will be filled with more works in the future, and maybe one day will open up entirely to allow fan writers to profit from their work.
Posted by Megan at 9:04 PM